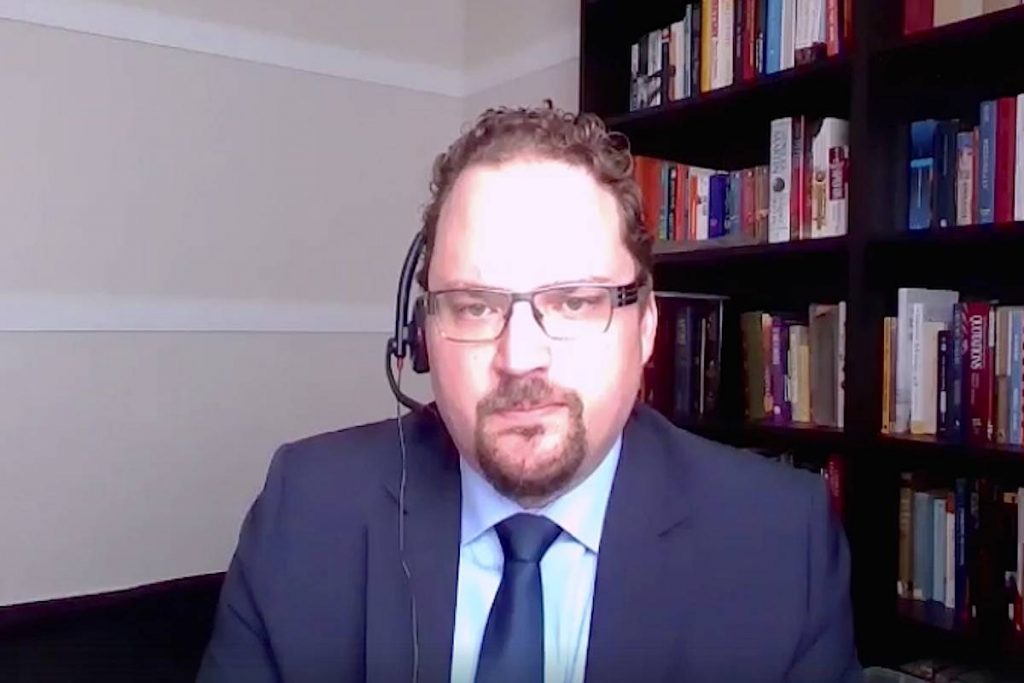 ‘Why are the Liberals running roughshod over this hard-working Canadian farmer?’ MP asked

Chilliwack-Hope MP Mark Strahl stood up for the owner of Fraser Valley Specialty Poultry during the virtual question period this week in the virtual House of Commons.

Strahl’s query during the Zoom meeting question period was:

“Why are the Liberals running roughshod over this hard-working Canadian farmer?”

The local MP was describing what he called the “unfair and unjust” situation that Fraser Valley Specialty Poultry owner Ken Falk endured since the Canada Food Inspection Agency (CFIA) accused him of illegally shipping his specialty poultry product across provincial borders, and told him “to just admit he was guilty and pay the fine.”

Falk told The Progress in January he’d been fined $42,000 by the CFIA after a competitor complained that one of his regular customers was shipping product he’d purchased from the Chilliwack store to Alberta.

The CFIA told Falk they would reduce the penalty by 50 per cent if he paid the fine in 15 days and admitted guilt.

Instead, he opted to dig in his heels and fight, entering into a four-year legal battle that ultimately cost him more than $130,000.

“But Ken Falk refused,” Strahl said. “He fought back and was found not guilty of all charges.

“Now the government is refusing to pay back his over $100,000 in legal fees, and won’t even tell him how to avoid being falsely charged again.”

Strahl’s question in the virtual House of Commons was answered by Marie-Claude Bibeau, Minister of Agriculture and Agri-Food on behalf of the CFIA.

“I can assure you, we and the CFIA are working very closely with entrepreneurs, and we are dealing with a multitude of challenges when it comes to trade barriers,” Bibeau replied to the MP. “I can assure you we are doing the very best possible to protect our food inspection system, to make sure it is robust and well recognized, as well as providing the best possible support to processors.”

But that response was unsatisfactory to the local MP.

“What Mr. Falk has endured is unfair and unjust,” Strahl said. “Unfortunately, the Minister’s response was to say that the Canada Food Inspection Agency was working well for our farmers. I’m sure Mr. Falk would beg to differ.”