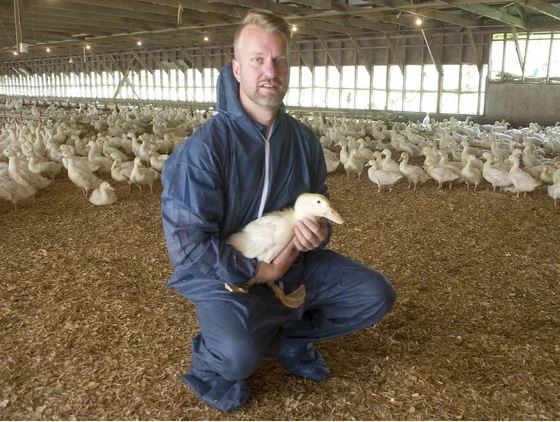 It wasn’t just humans that suffered during the deadly heat dome that punished B.C. in June.

At least 651,000 animals died on farms as a result of the heat wave, the vast majority of them chicken and other poultry, according to records obtained by animal justice advocate Camille Labchuk through a freedom-of-information request.

Chickens are particularly vulnerable to extreme heat because they can’t sweat to cool down. During a heat wave, the birds can pant, ruffle their feathers or hold their wings out to try to cool themselves, but require additional help — cooling pads, tunnel ventilation and fans.

Documents obtained by Labchuk, executive director of Animal Justice, show that the B.C. Chicken Marketing Board recorded 416,146 deaths during the heat dome June 24-30, the B.C. Egg Marketing Board 145,000 deaths, the B.C. Turkey Marketing Board 61,000 and the B.C. Broiler Hatching Egg Commission reported a loss of 29,210 animals.

Labchuk said she is concerned that provincial legislation may have been breached. Under Section 9.1 of the Prevention of Cruelty to Animals Act, it’s a contravention to allow an animal to experience distress, and in the definitions section, 1(2)(a.1), distress is defined as including “not protected from excessive heat or cold.”

Christine Rickson, acting executive director of the B.C. Chicken Marketing Board, which regulates and monitors activities related to the production and marketing of chicken within B.C., confirmed farmers across the province reported losses of 416,146 chickens during the heat-dome event. (Average weekly slaughter in B.C. is 2.2 million birds.)

Rickson said that farmers did prepare for the heat wave by thinning flocks and sending chickens to be processed early, used cross or tunnel ventilation, misters, cooling pads, and took additional measures such as adding sprinklers and using pressure-washers to lower temperatures in barns.

Amanda Brittain of the B.C. Egg Marketing board said that while farm barns are well-equipped for summer temperatures, many were overwhelmed by the intense heat and record-breaking temperatures that in the Fraser Valley exceeded 40 C.

Brittain said farmers will be making adjustments based on lessons learned during the heat dome: “Nobody has ever experienced that kind of heat in the Fraser Valley and we couldn’t know what to expect. A lot of farmers are now looking at what worked best.”

Joe Falk, owner of Fraser Valley Specialty Poultry in Chilliwack, said he experienced a “significant loss” among his duck-breeding flocks during the heat wave.

“When there is that kind of heat the birds will die because of heat stress or if they are ‘in lay’ they just drink, stop eating and stop laying,” he said.

Most of his layers survived, but laying dropped to 20 per cent, and it could take months for the layers to recuperate and return to full production.

Falk said he is improving cooling systems to prepare for possible future extreme heat events: “Because of that event we are changing the equipment in our new barn. We are putting in a water curtain and tunnel ventilation where a lot of fans pull air through a water curtain.”

Unfortunately for some farmers, said Falk, older barns built in the 1970s and ’80s are extremely expensive to retrofit.

Although the heat dome was unprecedented, with temperatures reaching 49.6 C in some parts of B.C., Labchuk believes more should have been done to protect farm animals.

The B.C. SPCA, a charity that is primarily funded through donations, is responsible for enforcing animal welfare laws in the province.

Lorie Chortyk of the B.C. SPCA said they didn’t receive an increase in complaints related to the heat dome, but added: “One of the things that the B.C. SPCA has been strongly advocating for in this area is for greater transparency and accountability, and for industry and government to create a third-party inspection program to ensure standards of care are being upheld.”

“Effectively, no public resources are put toward inspecting farms,” said Labchuk. “The B.C. SPCA do not have enough resources to comprehensively inspect or contact every one. The government doesn’t do an adequate job of overseeing farms. Who is going to lose? It’s always the animals.”

The B.C. Farm Industry Review Board, which supervises the poultry commodity boards, said they’re aware of the heat-dome-related deaths but aren’t investigating.

“Despite proactive and ongoing animal-care practices by farmers, the excessive heat was so extreme that it resulted in a number of unfortunate bird fatalities,” said the review board in an email to Postmedia News.

Labchuk also reached out to the B.C. Hog Marketing Commission, and the B.C. Milk Marketing Board, but neither was able to provide animal mortality numbers for the same period.